As a leading member of the space race herself, the Chinese dragon that seeks domination in everything, or at least tries seeking, has been taken back by the surprising pace of Elon Musk’s consecutive success stories- be it in the field of space R&D or the long-glamorized concept of reusable rockets proven good enough with the manifestation of Falcon series.
Hence, China has set massive targets to meet in space transport and it plans to meet them using the idea of reusables but Elon, just like in the case of Russian ROSCOSMOS copying Falcon 9 with their Amur re-usable setup, has not commented with a sentiment against Chinese plans and has consistently welcomed competition and China is entering the arena with its own brand of reusable orbital rockets. LinkSpace, China’s first private rocket venture, has now revealed the design of its New Line 1 launch vehicle which can potentially counter Space X’s Falcon 9 in the not-so-distant future.
As China celebrated its 6th “National Space Day” in the capital city of Jiangsu province, Nanjing - a promotional video went absolutely viral on a Chinese microblogging site, Sina Weibo, where one can witness how China plans to enable suborbital passenger flights in around two decades from now using two variable concepts.
However, the first concept is what has captured interest of space enthusiasts due to its striking similarity to Space X’s Starship vehicle where the video shows a large vehicle that can undertake vertical take off and a vertical landing.
This would not be the first time that the Chinese space program has drawn inspiration from SpaceX as the country tracked SpaceX from the very beginning, particularly with an interest in SpaceX's plans to reuse rocket first stages.
During the company's very first launch in 2006, a Chinese spy boat was in the small patch of ocean where the Falcon 1 rocket's first stage was due to reenter.
More recently, in 2019, the Chinese Long March 2C rocket tested "grid fins" like those used by the first stage of the Falcon 9 rocket to steer itself through the atmosphere during the reentry process.
The Chinese space officials also used the opportunity to announce the name of the country’s first Mars rover, Zhurong, which is currently moving around the Martian surface already at Utopia Planitia.
The China Academy of Launch Vehicle Technology (CALT) – a firm blacklisted by the US Department of Defense that plans to replace the countries aging hypergolic families by using Long March 8 -
also highlighted the potential for suborbital point-to-point transportation from a booth operated by state-owned rocket manufacturer.
In this concept, a vehicle launches from Earth, flies into suborbital space, and touches down halfway around the world in less than an hour which obviously seems to be a second copy of Space X’s point-to-point transportation concept which it first unveiled in September 2017.
The San Weibo video clip showed a concept similar to Starship flight from New York City to Shanghai in just 39 minutes using a horizontal takeoff horizontal landing vehicle which used some sort of electromagnetic catapult.
Based on the country's long-term ambitions, Chinese industry would aim to deliver cargo around the globe via suborbital flight by 2035 and passengers by 2045.
Upon revelation of the design and other technical parameters of the New Line 1, the newly proposed launcher’s first stage could comprise of a landing system with ample resemblance to Falcon 9’s booster.

Given how China is already famous for copies of iconic Western products such as Land Rover (aka Land Wind X7) and Rolls-Royce (aka Geely E6), it may not be entirely surprising that China’s gone this way in space, too.
Elon Musk’s SpaceX and Jeff’s Blue Origin are the only companies that come to mind when we mention the term ‘reusable rockets’...

And since SpaceX has already had success with adding the recovery of a rocket after an orbital flight to its portfolio, the pressure on other countries’ space corporations is increasing.

The LinkSpace founder-cum-CEO, Hu Zhenyu, is optimistic about admitting new stages to his plan book even though it might not be feasible to make it possible in the first variant. However, it might be a possibility for the later versions such as the New Line 2 or New Line 3.

Furthermore, he was quoted saying in an interview that the New Line 1 will be small launch vehicle that is going to be designed for micro and nano satellite launchers and would be able to propel around 440 pounds into Sun Synchronous Orbit of 155 to 342 miles.
The ability to be able to reuse New Line 1 rocket, particularly when it comes to the first stage would enormously reduce the cost of a single orbital launch from about 30 million yen which is around 4.5 million dollars to about 15 million yen (2.25 million dollars) according to Hu. 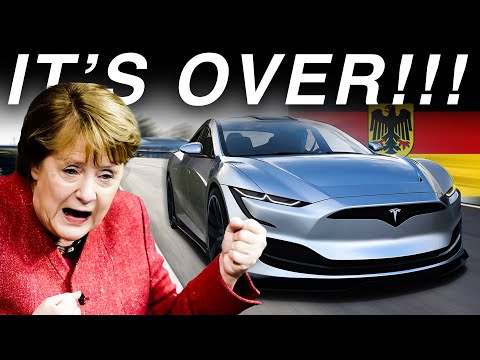 Thumbnail Credit: https://emrehusmen.com/ Video Credit: In the Video As a leading member of the space race herself, the Chinese dragon that seeks domi...